Moody art dealer with his own agenda

DONE FOR AT THE DANFORD An Art Museum Mystery 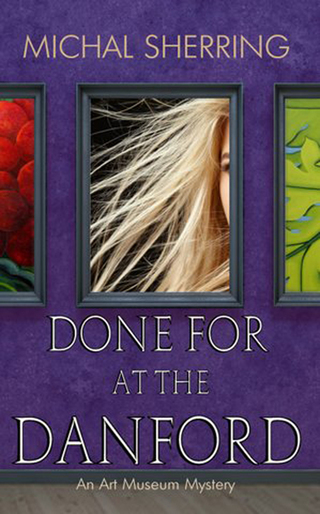 It's 1965. Museum curator Robin Grinling, in her new position in the small Danford museum in Edgell, Massachusetts prepares to exhibit a collection of still life paintings recently inherited by young deb Slinky Chase.

As the artists are not identified, Robin sets to work, using her tradecraft, her art history training in iconography and connoisseurship, to interpret the paintings and identify their artists. At first thrilled with her discoveries, Robin then begins to find unsettling clues that lead her to suspect that the paintings hide secrets of intrigue, passion and betrayal about the wealthy old families in this aging milltown. Shocking stories others prefer would remain forgotten. Exposing these long-hidden paintings is causing people to die.

Now Robin realizes that two others were killed on the verge of revealing these secrets. If she tells what she has learned from the paintings, will she be next?

Purchase DONE FOR AT THE DANFORD on Amazon